“Resting Bitch Voice”: Honoring My Anger as an Asian American Woman and Rejecting the Fiction of Respectability 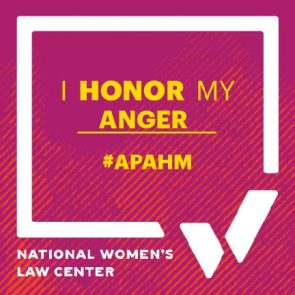 You have resting bitch voice.
Why are you so angry?
C-nt.
Being a woman of color in this world means enduring both racial and sexual objectification. Yet when we subjectify ourselves—and when we call for the subjectification of our fellow humans, we are often labeled as angry.
This label comes in different variations for different women of color. For me, as an Asian American woman, and specifically an East Asian woman, I am labeled an angry bitch because I challenge the stereotype of submissiveness.
When I speak out about social injustice, I am not docile. When I criticize oppressors, I am not nice (which is not the same as being kind). Because I am not docile or nice, I must be angry.
For example, being vocal about social injustice made me a polarizing figure in school. Depending on whom you spoke to, I was either an energizing pot-stirrer or an angry bitch. Perhaps more people believed the latter: in less than a year, I went from winning the election for class president to finishing in last place in the following election.
Even my then-partner became uncomfortable. He had once admired my outspokenness (who doesn’t love a “strong woman” … until she challenges you?). But now he asked, Why do you make everything so political?—oblivious to the utter privilege of being able to choose not to be political. I don’t want this kind of life, he said. So he left.
I was devastated. My own family had long warned me that I needed to make myself “softer” in order to be likeable (and marriageable!). And here, it seemed that they were right after all.
But I have never regretted my choices to speak the truth.
As women of color, we are taught to suppress our anger, or else it will incur their anger—i.e., [white] [male] anger.
That our anger (which is unreasonable) must be swallowed because it provokes their anger (which is reasonable).
That our tears (which are unsympathetic) must be quelled because they provoke their tears (which are sympathetic).
But I reject this fiction.
Not all anger is created equal.
They may be angry because I am angry. But while my anger seeks to secure justice, theirs seeks to preserve dominance. My anger embraces revolutionary hope; theirs reactionary fragility. They are not the same.
As Nayyirah Waheed has masterfully explained:

‘no’
might make them angry.
but
it will make you free.
— if no one has ever told, your freedom is more important than their anger.

And so I choose to honor my anger. Because my freedom—and our collective freedom—will always be more important than their anger.
Anger can also be an act of self-love.
In a world where anger is still a privilege granted to some and a label weaponized against others, my anger is a self-affirming choice to preserve my values and my truth—to name the world as I see it—even if it is met with rejection.

The woman you’re becoming will cost you people, relationships, spaces, and material things. Choose her over everything. — Anonymous

I carry these words with me every day as a reminder to choose myself even if it is difficult, even if it comes with a cost.
And when the costs of anger seem too difficult to bear, I re-read the words of the inimitable Audre Lorde, who taught us that our silence cannot protect us:

What are the words you do not have yet? What do you need to say? What are the tyrannies you swallow day by day … ?

Our speaking out will irritate some people, get us called bitchy or hypersensitive and disrupt some dinner parties. And then our speaking out will permit other women to speak, until laws are changed and lives are saved and the world is altered forever.

So I continue to name tyrannies, it continues to irritate people, and they continue to call me a bitch. I continue to lose people, spaces, and material things. The people hurt the most—but less so each time.
Because the more I speak, the more women and people of all genders have come to me—in real life and online (“irl and url”)—to tell me how my anger has permitted them to be angry, how my speaking out has permitted them to speak out. Through them, I have learned to love my anger.
There is a beautiful freedom in locating the words that I once did not have, yet urgently needed to say:
Respectability is a white supremacist, patriarchal project.
Likeability is not the measure of a meaningful life.
Palatability is not a useful goal.
I reject them all.
I honor my anger.
I honor my freedom.
I honor us.
I honor me.