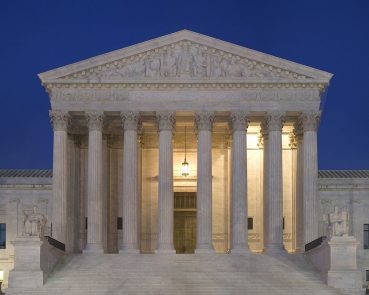 Donald Trump has repeatedly pledged that his Supreme Court nominees would vote to overturn Roe v. Wade, the landmark decision recognizing women’s fundamental right to liberty, equality, and the ability to protect their health and determine their futures. He vowed to nominate a Supreme Court justice in the mold of Justice Antonin Scalia, who not only voted to overturn Roe, but also rejected the application to women of the Constitution’s guarantee of equal protection of the law. Justice Scalia is also known for voting to narrow interpretations of key antidiscrimination laws, stripping protections from women and girls at work, at school, and in their communities. Justice Scalia’s decisions have been just as devastating to others looking to the courts for justice and equality, including the most vulnerable women and men among us. President Trump has promised to select his nominee from a list provided by right-wing organizations to fulfill his pledge—and he did.
We deserve Justices on the Supreme Court who respect our constitutional values of liberty, equality, and justice for all, especially now. Judge Neil Gorsuch’s record does not provide the necessary reassurance to people across the country that he will be such a Justice.
Judge Gorsuch has explicitly praised Justice Scalia’s approach to the law. While he has not opined on Roe v. Wade directly, he voted to override a woman’s coverage of contraception if her boss objected. Justice Scalia was highly skeptical that courts should defer to the interpretation of laws by expert government agencies—and Judge Gorsuch would go even further, making it harder for agencies to implement the laws that have literally opened the doors of opportunity for women and girls. For example, regulations have given life to expanded opportunities for them in the classroom and on the playing field and the right to equal pay. In short, his approach to the law poses devastating risks for women and girls across the country.
Every Justice on the Supreme Court makes a difference, with many critical cases decided by narrow margins. Landmark decisions on voting rights, marriage equality, enforcement of antidiscrimination principles at work and at school, access to public benefits, and women’s right to equality and liberty, among many others, exemplify the significance of every Supreme Court nomination.
Gorsuch’s judicial record and the tainted process by which he was selected, demonstrate that, if he is confirmed to the highest court in the land, our shared constitutional values will be at risk, to the detriment of us all– and most especially women. The National Women’s Law Center therefore opposes Judge Gorsuch’s nomination. We call on the Senate to reject this nominee.