In the wake of the allegations that Hollywood mogul Harvey Weinstein sexually harassed and assaulted numerous women for years, and millions of women coming forward on social media to say #metoo, public scrutiny has shifted from Hollywood and the media to another high profile industry with a power imbalance:  Congress.  Perhaps to no one’s surprise, the body attempting to police women’s bodies and workplaces has refused to police itself.

According to Congresswoman Jackie Speier (D-CA), the nation’s highest legislative body nurtures a culture of tolerance of sexual harassment, coupled with a lack of any consistent system for responding to and preventing sexual harassment and assault. Each Congressional office operates somewhat independently, with its own rules and procedures. Sexual harassment training isn’t required for members or their staff. There’s no HR department on the Hill, and so none of the members or staffers know where to go to report harassment or assault or seek assistance.

The Office of Compliance (“OOC”), established in 1995 by the Congressional Accountability Act, is supposed to help members and staffers understand their rights and responsibilities. Unfortunately, the OOC process was designed to protect members of Congress and their staff rather than being conducive to reporting harassment. Should a victim manage to find their way to OOC, the red tape involved in making a report is endless. OOC doesn’t even have the authority to conduct an investigation.  Instead reporting individuals must submit to up to three months of mandated “counseling” and “mediation,” followed by a “cooling off period,” before being able to file a complaint against an alleged perpetrator.  Let’s let that sink in: the person experiencing sexual assault or harassment must endure three months’ worth of counseling and mediation before they can even file a formal complaint and/or go to court.

The risk to reputation and risk of retaliation alone is often enough to deter the reporting of harassment—by some estimates around 90 percent of workplace harassment is never reported. Unclear policies and procedures which delay or provide no real remedy are further disincentive to report.

In an environment rife with power imbalances, centered around a political body long known as a boys club, this is an unacceptable state of affairs. The almost poetic irony is that Congress is the same body that has legislated to regulate workplaces throughout the private sector and Washington as a whole has paid lip service to women’s empowerment for decades.

Congresswoman Speier will introduce legislation this week to revamp how Congress deals with sexual assault and harassment. The bill would speed up the process of filing a complaint with O.O.C. by making the counseling and mediation processes optional. It would also require all lawmakers and staffers to go through sexual harassment response and prevention training annually. Every two years Congressional members and staffers would be required to fill out a ‘climate survey’ on their experience with any sexually inappropriate behavior.

This bill would be a huge step towards making Congress a less hostile environment for women, LGBT folks, people of color and young people—all of whom are statistically more vulnerable to sexual harassment in professional situations. This is an important priority given the repercussions of having a white-male-dominated legislature making policy decisions that impact the lives of women, LGBTQ and queer folks, and POC every day. Most recently, rooms disproportionately full of white men in Washington have attempted to strip out requirements for insurance companies to cover maternity, newborn and pregnancy care, reinstate the global gag rule,  roll back the ACA’s birth control coverage mandate, file amicus briefs stating that Title VII doesn’t cover gender identity and rescind guidance stating that Title IX covers gender identity. 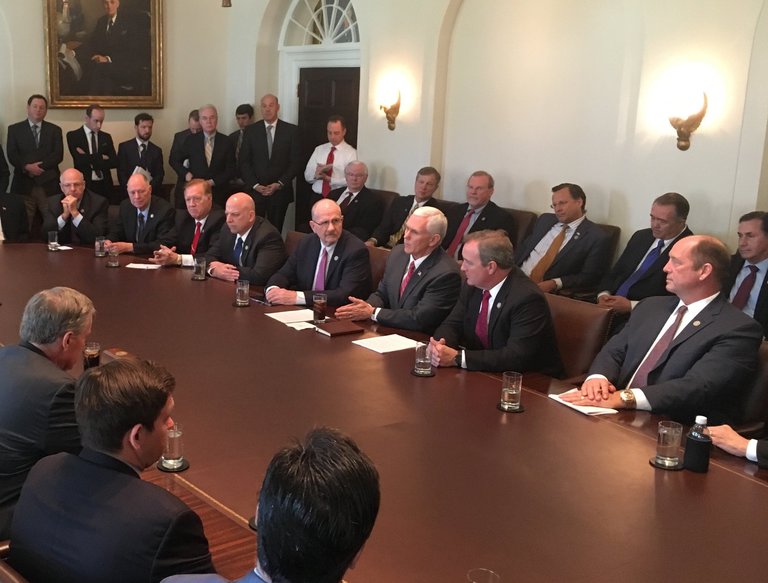 As they say in Washington: “If you’re not at the table, you’re on the menu.”

While not an immediate fix to the lack of diversity in Congress, by altering reporting procedures on the Hill, and making it easier for folks to come forward, we can make the Hill—the proverbial table—marginally less hostile to those who are most likely to be sexually harassed and assaulted: women, LGBTQ folks, and queer folks. Hopefully, in the longer run a change in the environment will mean a more diverse body of representatives.

And it is beyond time to add significant diversity to that table.