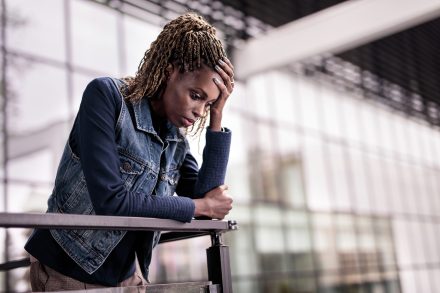 The writing assignment arrived at almost midnight. It was two hours later than I had been expecting it, but I didn’t mind. This particular client paid twice my usual freelance rate because I was willing to write articles for him at a moment’s notice – at any time of day or night.
As I started the assignment, I tried to remember my schedule for the next day. I was currently teaching two SAT classes for my other job as an instructor with a test prep company. My third class had been cancelled because not enough students had enrolled, but I was hoping to pick up another one from an instructor who was sick. I checked my calendar to confirm the class times: noon, 3:00pm, and 5:00pm.
I did a quick calculation: if I finished writing the article in three hours, that would give me a full eight hours to sleep before I had to leave for my first class. Of course, I knew I still probably wouldn’t sleep more than four or five hours. Insomnia had been dogging me for months, even though I had tried everything to cure it: white-noise machines, black-out curtains, sleeping pills. I was considering hypnotherapy.
And then there was the anxiety. It seized me at random moments: when I was prepping for a class; when I was calling to order food; when I was just sitting in my apartment, doing nothing at all. My heart would start galloping; my hands would go numb. My breathing would quicken, sometimes to hyperventilation. I would have to lie flat on my floor, waiting for it to pass.
But I could see no reason for it. I enjoyed both my jobs. I was making enough money. I loved my city, my studio apartment, my friends. Though it was true I rarely saw my friends anymore – with my ever-changing schedule, it was just too hard to make plans.
It would take another two months of working these strange, unpredictable hours before I would realize the problem. An on-going study of work scheduling practices across the country called The Shift Project confirms what it took me far too long to figure out for myself: erratic work schedules take a heavy toll on psychological and physical health.
Unpredictable scheduling doesn’t just affect freelancers, like I was. It is also a huge problem for millions of people working in the service sector. Employers at retail stores, fast food restaurants, and other service jobs—which typically pay low wages, and in which women are often overrepresented—are notorious for scheduling their employees at whatever times needed to meet the ebbs and flows of customer demand. In The Shift Project’s surveys of tens of thousands of retail and service workers across the county, two–thirds of working people received their weekly schedules with less than two weeks’ notice, including one-third who got less than one week’s notice. This makes it exceedingly difficult for working people to plan for child care, seek other job opportunities, take classes, or make long-term financial decisions.
It also affects working people’s health. Many of these surveyed workers reported the same symptoms I experienced as a freelancer. Forty-six percent experienced some psychological distress, including feeling nervous, hopeless, worthless, and overwhelmed. Working people were more likely to report this distress when their shifts were cancelled or when they were forced to work “clopening” shifts: working the closing shift and then, immediately afterward, working the opening shift.
I was also not alone in my insomnia. Seventy-four percent of the those surveyed reported “poor” or “fair” sleep. And the more unpredictable a person’s schedule, the worse they slept.
Some jurisdictions have recognized this problem and taken steps to fix it. Just last week, Chicago passed a “fair workweek” ordinance that requires big Chicago employers in certain industries—including health care and hotels along with retail and restaurants—to give their employees who make less than $26 per hour two weeks’ notice of their schedules. Covered employers also have to compensate employees for last-minute cancellations and changes to their schedules—and they have to offer new available hours of work to existing part-time staff to give them a chance at more stable and adequate hours before hiring new employees. San Francisco, Seattle, New York City, and Philadelphia, as well as the state of Oregon, have also passed fair workweek laws, covering close to 2 million working people and counting.
I have personally experienced the benefits of a more stable work schedule. After quitting my freelance and part-time jobs, I took a bookstore cashier job with regular hours. The new job did what sleeping pills and white-noise machines could not: I started sleeping through the night. My anxiety evaporated. I started seeing my friends again. My co-workers at the bookstore assumed I loved customer service work because I was always so cheerful and smiley.
Quality sleep, time to make plans, and freedom from psychological distress – these are basic requirements for a healthy, balanced life. But for many working people with erratic work schedules, these necessities are often completely out of reach. That’s why we must push for more city, state, and federal laws to require employers to stop erratic and harmful scheduling practices and give working people the stability we all deserve.