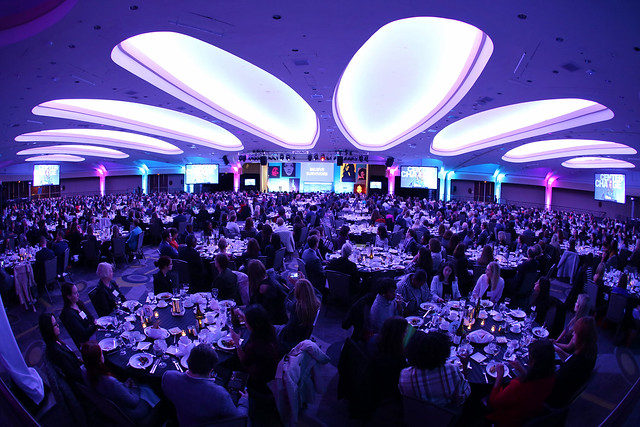 Last week, over a thousand advocates and allies from the women’s movement gathered in Washington, D.C. to celebrate women at the center of change at NWLC’s annual gala. And what a night it was.

This year’s gala was an invigorating celebration of the women who are shaping a wider, more just world for all of us. And we’re all so energized, thanks to the incredible leaders who shared their voices last week.

It was a privilege to hear from leaders across the movement. The evening began with powerful opening remarks from NWLC CEO & President Fatima Goss Graves, whose first year leading the Law Center has been marked by triumphs across the organization’s issue areas.

We heard from TIME’S UP Co-Founder, actress, and writer Amber Tamblyn, who read an original poem, “What I Will Be,” a tribute to Dr. Christine Blasey Ford. In her powerful verses, Tamblyn galvanized us: “What I will be is an eruption of movement/ the vitals of vindication/ a momentum brave.” 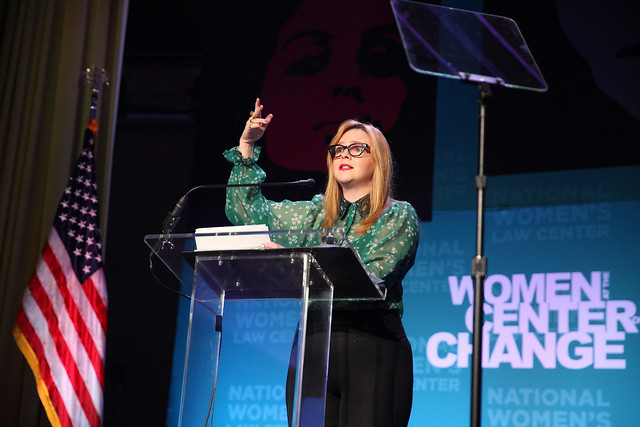 We witnessed the courage of three survivors—Sarah Klein, Chrissy Weathersby Ball, and Amanda Thomashow—who spoke about their decision to demand justice for the abuse they and dozens of others suffered at the hands of Larry Nassar.

We heard from Dr. Blasey Ford’s attorneys, Debra Katz and Lisa Banks, who spoke of the fortifying effect the voices of survivors across the country had on Dr. Blasey Ford as she prepared to give her testimony in the face of extreme pressure.

Anita Hill joined us with a video message, speaking about her own experience testifying before the Senate Judiciary Committee 27 years ago, and thanking the millions of survivors who have come forward since.

We watched a live performance by award-winning recording artist Ruthie Foster, whose powerful lyrics wove the spirit of our movement into song.

NWLC Board Chair Jane Sherburne announced the new fundraising record set by this year’s gala, which raised over $1.9 million, and event chair Kelly Tullier of Visa followed, thanking NWLC for its leadership in this movement throughout five decades.

Lifelong advocate Tina Tchen introduced the first-ever President & CEO of TIME’S UP, Lisa Borders. Lisa gave her first speech in her new role, emphasizing the hurdles and opportunities that lie ahead. 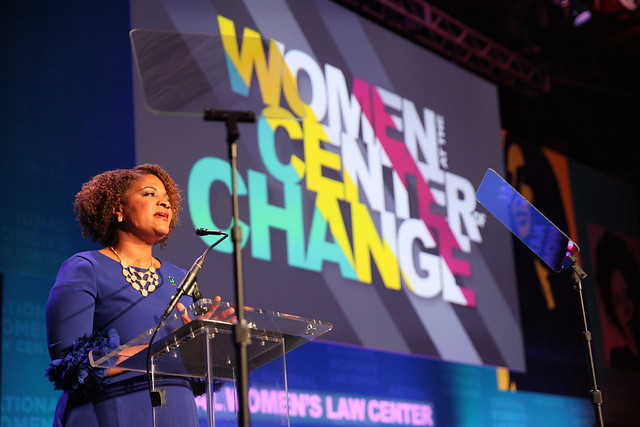 And Fatima took the stage once more to close the program with a message of healing and hope.

If we continue to find strength in each other, if we continue to draw power from our pain, if we keep in mind the generations behind and ahead of us, we will win. And then?

As Fatima said to close the gala: “Women will be at the center. Not just of change. Of everything.”

We’ll see you next year. Until then, thank you for being in this fight with us.