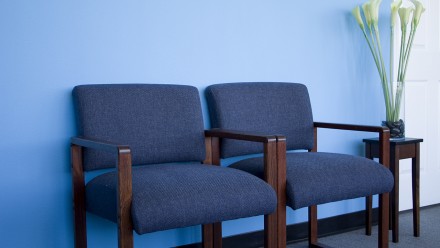 On Tuesday, voters in states across the country were making decisions on more than just who would represent them. Health care was on the ballot in major ways, with voters in 37 states weighing in on health care policy ranging from Medicaid expansion to grocery taxes. In three states – West Virginia, Alabama, and Oregon – abortion was on the ballot and, now in two of those states, on the line.
Voters resoundingly rejected Oregon’s anti-abortion ballot measure.
In Oregon, Measure 106 would have taken away state coverage of abortion from people struggling to make ends meet, endangering their health and well-being. If the ballot measure had passed, women who are public employees or who are qualified and enrolled in the state’s Medicaid program would no longer have had coverage of the care they needed, except in extremely narrow circumstances. Thankfully, voters in Oregon resoundingly rejected this anti-abortion measure.
Unfortunately, anti-abortion ballot initiatives were approved in two states.
In West Virginia, Amendment 1 excludes the right to abortion from the state Constitution and opens the door to take away Medicaid funding for abortion for those in West Virginia who are struggling to make ends meet. Despite the heroic efforts of our friends at West Virginia Free and a coalition that fought to educate voters about the potentially devastating impact of this amendment, Amendment 1 passed by a very slim margin.
In Alabama, Amendment 2 asserts that it is the public policy of the state “to recognize and support the sanctity of unborn life and the rights of unborn children, most importantly the right to life.” Amendment 2 also excludes the right to abortion from the state Constitution and opens the door to limit insurance coverage of abortion care for those who need it. Amendment 2 is a blatant attempt to enshrine anti-abortion rhetoric in the state’s Constitution as well as an attempt to lay the foundation to eventually assign legal rights to fetuses. Alabama’s Amendment 2 was approved in yesterday’s election.
What’s at Stake
While we’re relieved that Oregon’s anti-abortion measure failed, the votes in West Virginia and Alabama are devastating.
It’s important to remember that the initiatives on the ballot in these states were all part of a larger strategy to restrict abortion access and to test just how far restricting access to essential reproductive health care could go. We can’t let the anti-abortion movement continue to chip away at our constitutional right to abortion and other reproductive health care. Tuesday’s election and the results of these ballot initiatives are a reminder why voting is so important. At a time when the future of abortion access is at unprecedented risk, every single vote counts.