D.C. Stands Up for Women’s Health 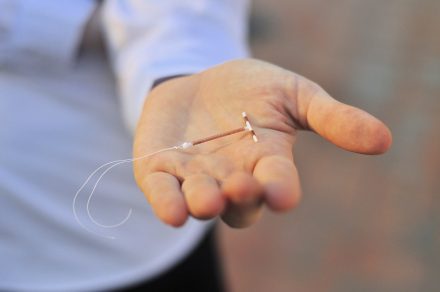 Because I am a DC resident, I don’t have any voting representation in Congress.  This has been beyond frustrating over the last several months when I’ve wanted to fight back against the attacks on civil rights (and everything else) happening in the federal government.  But tomorrow is going to be a really good day for the D.C. resistance.  The D.C. Council will consider the Defending Access to Women’s Health Care Services Amendment Act, a piece of emergency legislation that codifies the Affordable Care Act’s (ACA) women’s preventive services in D.C. law.
The bill requires health insurance in D.C. and D.C. Medicaid to cover, without out-of-pocket costs, the nine preventive services for women that the ACA requires plans to cover, like birth control and breastfeeding support and supplies.  Thanks to the ACA, over 127,000 women in the District who have private insurance coverage already have preventive services coverage without out-of-pocket costs.  This bill would make sure those women don’t lose that important coverage, if Congress or the Trump Administration tries to roll back the ACA .  And, importantly, the legislation applies not only to private insurance coverage, but also to coverage provided through the Medicaid program.  This ensures that a D.C. woman’s income and source of insurance do not determine whether she has coverage without cost sharing of these important preventive services.
(As “emergency legislation,” it is only in effect for 90 days.  The Council will still need to pass permanent legislation, which would be reviewed by Congress before becoming law, to guarantee that cost barriers to preventive services remain a thing of the past for women in the District.)
I cannot stress enough how important this bill is to me as a woman living in D.C.  Not only from the perspective of women’s health, but also as a statement of our city’s values.  As a fourth generation Washingtonian, this bill makes me even more proud to say that I live in a city that values women’s health, that governs itself in a way that reflects that belief, and that pushes for its right to self-govern.  D.C. is not helpless, and we will resist.