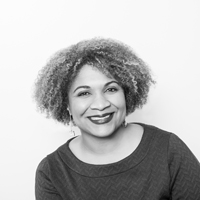 She is widely recognized for her effectiveness in the complex public policy arena at both the state and federal levels, regularly testifies before Congress and federal agencies, and is a frequent speaker at conferences and other public education forums. Ms. Goss Graves appears often in print and on air as a legal expert on issues core to women’s lives, including in the New York Times, Wall Street Journal, Washington Post, AP, Chicago Tribune, LA Times, San Francisco Chronicle, CNN, MSNBC, and NPR. Follow Ms. Goss Graves on Twitter at @fgossgraves.

11.6 Million Dollar Lesson
The Future of UC Affirmative Action?
Back to the Bad Ole’ Days?
Melissa Jennings Deserves Her Day In Court
Palmer Withdraws as EEOC Nominee
The House Made it Right, Will the Senate Follow?
Think it’s impossible to recruit and retain girls in technology classes?
Pitting Girls Against Boys – Again
Take Action Donate